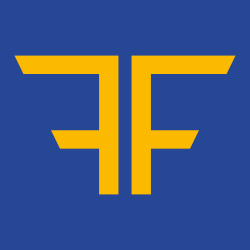 The Frigate plant is a relatively young enterprise.

At the end of the 60s of the last century, the design was completed and the construction of the ship machinery plant began in Pervomaisk, Mykolaiv Oblast. And already in 1969 the first batch of new products was released – APN-200 axial piston pumps. In parallel with this, preparations were underway for the production of ship winches, means of mechanization of technological processes and non-standard equipment for the shipbuilding industry.

In 1972, the USSR Council of Ministers adopted a Resolution on the organization of the production of self-propelled sprinklers under the license of one of the leading US companies. Over the next 20 years, more than 33 thousand units were produced. At the same time, electric trawl winches, thrusters, hydraulic crane units with a lifting capacity of 63 tons and other marine equipment were mass-produced.

With the collapse of the Soviet Union, nationwide programs for the development of shipbuilding and land reclamation ceased to exist. Plant products have become unclaimed.

It was decided to use the production facilities of the enterprise to produce completely new products that are in demand in the market. After careful marketing research, three main areas were selected: agricultural engineering, equipment for the oil and gas complex and galvanized metal structures.

In the shortest possible time, factory engineers designed unique hydraulic units for servicing oil and gas wells. Within 2 years, the serial production of APP-6 sowing aggregates, disk harrows with a working width of 2.4 m and 4.2 m, a sprayer of a boom OSSh-2500, a wide range of mill-elevator equipment was mastered and started. The scope of the hydraulic workshop has been expanded. In addition to marine hydraulic equipment, products for the mining and automotive industries are produced.

The production of galvanized road fences began with a proposal by a German company to supply these products to Germany.

The first batch of finished products was shipped to Germany in 1998. Currently, the Plant supplies large volumes of galvanized metal structures to the markets of Western Europe and Russia. With the introduction of the new GOST on road construction in Ukraine, a broad prospect opens up for the completion of Ukrainian autobahns with our products.

A new stage in the life of the Plant began in 2007 with the advent of new owners. The period of uncertainty and irresponsibility has ended, the newly formed Supervisory Board and the Management Board of the enterprise are implementing a systematic program to reform the management system, improve production efficiency, develop and implement a number of investment projects.

The crisis that began at the end of 2008 did not catch the plant aback. Thanks to a well-adjusted personnel policy, prompt response to changes in market demand, hard and conscientious work of the company’s employees, the plant not only did not stop working for a day, but also increased production volumes, found new partners, and developed new markets.